even more marriages...i am not taking it well, but seem to be recovering well enough. momentarily tempted to  call mr ex man, but resisted the urge and i am so glad i did.  mr nice guy has been hanging around, but i am now ignoring him. he is such a mess. i used to think that he would be perfect if it wasnt for his family. i no longer think that is the truth. i think he is messed up all on his own. his family has a lot to do with it, but he plays the victim too well. hard to respect that.
back on the dating website. nothing too much to report at this time. i am not excited about it at all, but i figured i should get "out there" since its been almost 2 years since i have been on an actual date.
hope everyone had a good holiday season. :)

someone else just announced their marriage. i never thought it would happen and it did.
negative, bitter me, says "EVERYONE BUT ME, WHAT THE HELL?!?!?"
positive, sweet me says  "maybe its in the air and my time is right around the corner."
bitter me is kicking the shit out of positive, sweet me.
Posted by noyb at 10:40 AM 4 comments:

seriously-EVERYONE is getting married. even the girl who i thought(but never said out loud)"if she gets married before me, i am going to drive off a cliff", is getting married.
i just found out my car needs some major repairs so now seems like a good time to drive it off the cliff.
Posted by noyb at 9:54 AM 4 comments:

the path of least resistance

i am about to confess something that i find very difficult to admit...i have low self esteem.  i fake it pretty well and i would have to say that i can acknowledge my finer points(i do believe i have them), but it is always easier to believe the worst.

i think being SO willing to take the blame is a girl/woman thing. maybe its more of a mormon-girl/woman thing.
i was watching dr drew a week or so ago and he had on 3 authors. 2 women co-wrote a book called 'DUMPED' and the other was a man(forget his name), who has written on the "secrets" of men. i guess he is a self proclaimed traitor of men-revealing all the things men really think and why they do certain things and how women can manage a successful relationship with one of those creatures. the reason i mention this is that one thing he said really caught my attention(which was difficult to do since the women kept talking over him and trying to disprove everything he said); he said that 98% of the time when a man leaves,breaks up, dumps a woman it has nothing to do with her-its his own insecurities.
i found this interesting since i was running down the check list of all the possible reasons dick left and eventually married another woman. the basics: too old, not a size 2, not independently wealthy, blah, blah, blah. then i would move on to other possibilities like the tone of my voice may have come across too judgmental when discussing important topics or the fact that i didnt think i wanted to have children(his wife has 3)or asking him about his kids. logically, i know this list is ridiculous, but it still haunts me. when i am in full possession of my logical mind, i remind myself of  the women that i do know that happen to be a size 2, blonde, have oodles of kids, etc and they are no more successful in their relationships.
i am rambling. i do that. sorry.
any way, when presented with an opinion by a man that practically invites to let myself off the blame hook, it is EASIER to believe that it was my fault.
i am smart enough to fight it. remind myself of the truth and refocus my efforts to moving on and giving myself a break.
when dick broke up with me the 2 friends i  confided in both said in one way or another that  he freaked out and bolted. now they are in possession of facts that i have not confided here on my blog-their theory makes total sense because of those facts. also ties into what the dude on dr drew said.
sometimes you just dont know the reasons and you have to accept it.
i hate that.
Posted by noyb at 12:14 PM 2 comments:

after sacrament i was sitting in the back pew chatting with a friend, when hank, our wards loveable, old guy(think clint eastwood with a testimony)stopped, put his hand gently on my arm and said "there is a good man out there somewhere that just doesnt know what he is missing in you. i hope he figures it out soon." he squeezed my arm and walked away. how sweet was that?
Posted by noyb at 4:53 PM 1 comment:

yum. yum.yum.   i had these hawaiin ham and cheese sandwiches at a baby shower and about passed out from the deliciousness. simple. easy. fast. how can you go wrong with that?  you cant!!!
i tripled the recipe and made it for a family gathering and even the pickiest eaters loved them.

since my last few posts have been all DRAMA and sadness, i tried to post a yummy recipe or two, but since blogger has changed, i can figure out the format. its driving me crazy!!!!
i have been trying new recipes since i have become addicted to pinterest. i love, love, love pinterest!  if you are unaware of what i am talking about, do yourself a favor and do a google search. :)
Posted by noyb at 3:57 PM 2 comments: 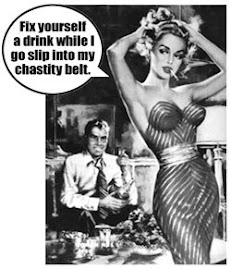